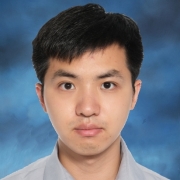 I am Lin Sen. My hometown is Chongqing and I have been in Hong Kong for nine years. After secondary school, I went to Hong Kong Baptist University and attained my bachelor degree. During the time in university, I won the championship and became the best debater in several international debate games. I was also invited to participate in the debate program in CCTV and had a good performance. I will teach Chinese debate in Han Academy this year.

It has been nine years since I started debate in the university. Through the debate, I got to know a lot of areas that I would not have known otherwise and I also learned how to express my views and logic clearly. Besides, I gained a sense of achievement and self-identity from debates. The more important is that I have learned to look at the world from different perspectives, to understand people and things from different positions, and to respect different values. That is what debate has brought to me.

I sincerely hope my debate course will help all students to know the world, understand the world and learn how to get along with the world.