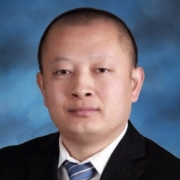 Jian Wang is an experienced English teacher and curriculum leader. He graduated from Peking University and Dartmouth College, with specializations in Renaissance English Literature and Literature of the Greco-Roman Antiquity. After Dartmouth, Jian continued his study at the Catholic University of America in Washington, DC. and completed the coursework requirements and passed the qualifying examinations of their Doctoral program. His research interests include Renaissance Epic and the Epic Tradition, Literary Theory and the History of Literary Criticism, and Comparative Poetics. Jian is proficient in a few ancient and modern languages – English, Ancient Greek, Latin, Biblical Hebrew, German, French, Japanese, and Aramaic.

He has taught a wide variety of courses at secondary and tertiary levels in the United States and China: Shakespeare’s History plays, Shakespearean Comedy, Survey of English Literature, and Rhetoric and English Composition, among others. He has been an English teacher and subject leader at several international schools in China. His students have been accepted by many top universities and liberal arts colleges in the United States, including Princeton, Dartmouth, MIT, Northwestern, Wash U, Berkeley, Georgetown, Cornell, College of William and Mary, Carnegie Mellon, Bryn Mawr, and University of North Carolina at Chapel Hill.