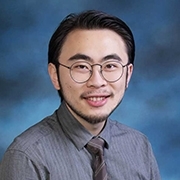 I am Chen Zhe, born in Guizhou and raised in Shenzhen. After secondary school, I attained my bachelor degree of Chinese journalism in Hong Kong Baptist University, and my master degree of Chinese Study (Language Education) in Education University of Hong Kong. Successively, I taught debate in King George V School, Yew Chung International School and West Island School. I worked as a Chinese teacher in Po Leung Kuk Choi Kai Yau School and will teach debate as well as Chinese in Han Academy.

I am not fond of many things. Language arts, literature and poetry are one of them.

Since primary school, I was lucky enough to be appreciated by a teacher who offered me opportunities of training and competitions in the aspect of opera, speech and show hosting. That teacher, whom I show tons of gratitude to, became the director of the opening ceremony of 2008 Olympic Game later on. In secondary school, I accidentally started learning debate. In college, as the captain of our college debate team, I have won Hong Kong Champion once, National Champion once and was runner-up three times in Hong Kong. Besides, I was also the best debater of year 2015 in Hong Kong. After that, I became the coach of Hong Kong Baptist University Mandarin Debate Team. I also coached the Chinese debate team in Yew Chung International School for nearly two years. During the time, my team won every match they attended. As a reward, they were the champion in Hong Kong for two consecutive years and the team members were the best debaters almost in every single match.

As for literature and poetry, I am a literature lover and might be a poet as well. One of my friends used to ask me what in this world brings me most pleasure. Without a doubt, literature is my answer. From ancient to modern, east to west, so many remarkable writers have accompanied my dawn and dusk, filling my days with laughter and tears. Also, I put my view and emotion into words and poems. I wrote poems for my family, friends, students as well as a leaf and a flower. I enjoy this a lot.

Hence, what a beautiful thing it is to be a teacher and share the things I love with my students. I wish I could make my life count with the skills I grasped.