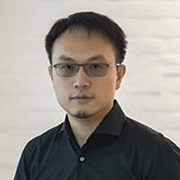 Gao's artistic talent originated from his old Beijing scholar family. His high grandfather was the painting and calligraphy teacher for the royal family members Pu Yi and Pu Jie in the late Qing Dynasty. His uncle is one of the few famous Chinese Palace Painters alive. With the dual status as an educational scholar and a professional architect, he is an expert in applying scientific techniques to architectural practice, with the insight of both Eastern and Western culture. Thanks for his critical and creative thinking, Gao's architectural design often reflects the intelligence in discovering the significant value in his built and unbuilt projects.

Gao is one of the representatives of China's pioneer architects, with fruitful professional experience in the UK, Hong Kong S.A.R., and the Mainland China. In recent years, his architectural practice focuses more on the sectors of Office, Cultural and Art, Education, Children and Civic. His creative works integrate the merits on the humanization, internationalization and creativity. Gao's academic research bases on the applications of new digital technologies in urban, architectural, landscape and interior design, making him one of the academic leaders in the realm of advanced techniques and the related theories in China. After graduating from the AA School of Architecture in 2005, he have been active in critical practice and academic research, using architecture as the medium for addressing the balance between the oriental wisdom and the physical science. Over the past decade, he has won numerous international architectural design awards, including the Long Tsun Bridge Conservation Corridor competition in Kai Tak City Hong Kong. In 2014, Gao was awarded by the international magazine "perspective" as "40 Under 40 in Architecture Category" for those who would lead the Asian Design in the next 20 years.