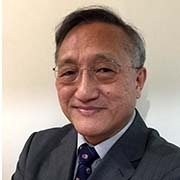 Wong Lap Sang started his career as a lecturer and then a practitioner in the field of Information Technology in the early parts of his career in Canada. He then returned to Hong Kong and worked mainly in educational planning and administration in tertiary education for three higher educational institutions in Hong Kong for over 30 years.

He was Associate Director (Resources), and then Vice-President (Administration) and Secretary to Council of the Open University of Hong Kong from 1989 to 1997. Before that, he held various senior appointments in teaching and administration at the Hong Kong Polytechnic University for 12 years.

From 2001 he served as Associate Director and then Chief Information Officer at the School of Professional and Continuing Education (HKU SPACE) of the University of Hong Kong and retired in 2007. After retirement, he was invited to serve on fractional appointment as Senior Consultant from until 2014 for the same institution. He has also participated in various external consultancy projects for local government and institution of higher Learning, and overseas university.