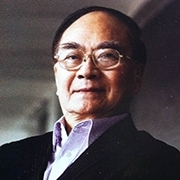 Darwin Chen was responsible for the establishment of several professional arts companies, public libraries and museums while serving as Director of Cultural Services of the Hong Kong Government in the 70's and 80's. He subsequently served as Commissioner for Television and Entertainment Licensing, Deputy Secretary for Constitutional Affairs, Commissioner of Labour and Director of Buildings and Lands. He was former Chairman of the Hong Kong Arts Development Council and currently serves as President of the UNESCO Hong Kong Association and Honorary President of the Hong Kong Children's Choir.

He is also Chairman of the Peter F. Drucker Academy, Professor of Practice of the Institute of Advanced Management Development of the Hong Kong Management Association, Council member of the Centennial College and Senior Adviser to the School of Professional and Continuing Education of the University of Hong Kong, and Council member of the Education University of Hong Kong Foundation.