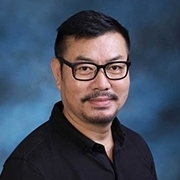 As a factory apprentice in 1987, I was admitted to the Department of Performance at Shanghai Theatre Academy, a prestigious school of art students. I remember my first stage performance; I played the small role of Lu Dahai in the drama, The Thunderstorm, As the student casting Zhou Ping was often late, the teacher temporarily changed our roles, allowing me to play Zhou Ping. My heart leaps with excitement, rejoicing that finally I could cast a major figure. When I appeared on the stage in my gray gown, the theater suddenly burst out thunderous laughter. It hit me like a huge punch, leaving me standing stiff on the stage.

The Russian dramatist Stanislavski had an aphorism: ''There are no little roles, but only little actors.'' Regardless of the significance of the role, it is important how actors tackle with the roles that they play. Each role, irrespective of size, has its value, and should be addressed with positivity and optimism and without complaint.

When teaching in the Performance Department at Sichuan University, I often told my students ''Every job is indispensable. If you understand this, you can show the value and importance of any character. On the contrary, if you react with self-pity to your 'little role', you will never taste success.”

I have been engaged in drama teaching in Hong Kong for many years and have always recognised the importance of teaching without discrimination. Drama education helps to improve students' psychological state and adaptability, which is an effective way and means of maintaining mental health and social adaptiveness. Artistic accomplishment is not only an important manifestation of students' individuality, but also helps to build personality and humanistic quality, allowing students to enjoy the wealth of life.