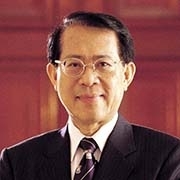 Professor Young has been awarded many honours, including four honorary professorships, four honorary doctorates from universities in Hong Kong, Mainland China, UK and the US, and seven honorary fellowships from universities and professional organizations. He received the "World Outstanding Chinese Award" in 2006 and the Bronze Bauhinia Star (BBS) in 2007. In 2009, he received the Honorary University Fellowship and the Distinguished Alumni Award of Faculty of Science by the University of Hong Kong. He was awarded the Hon. Knight of St. John in 2012, and the Honorary Fellowship of HKU SPACE in 2015.

Professor Young has published and presented about 300 thesis papers and articles in the areas of astrophysics, higher education and lifelong learning.